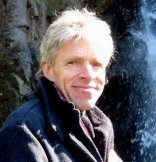 Paintings on Canvas (acrylic and sometimes with charcoal) 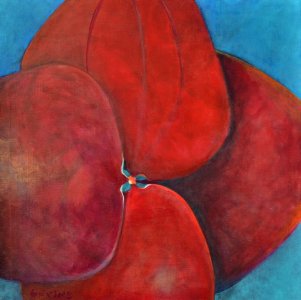 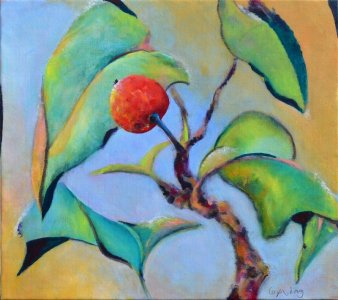 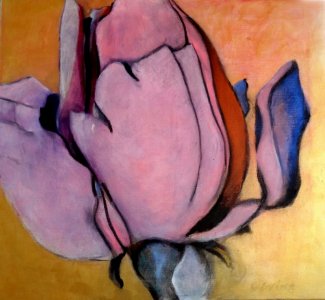 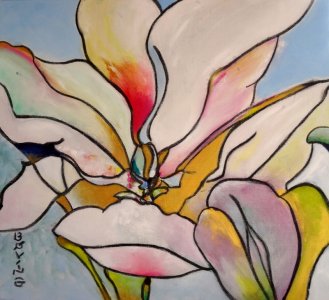 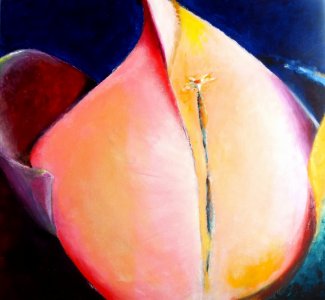 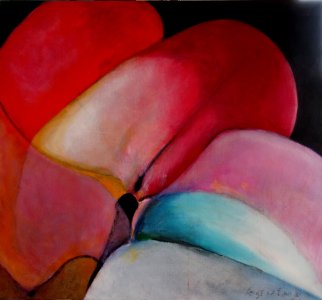 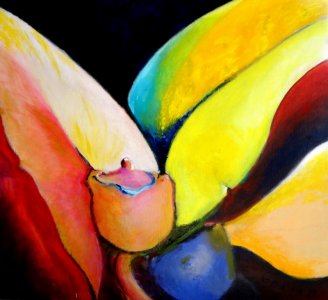 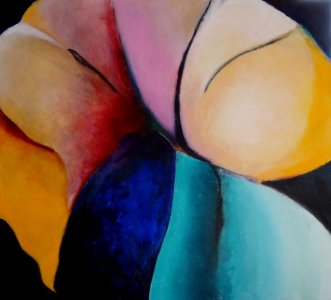 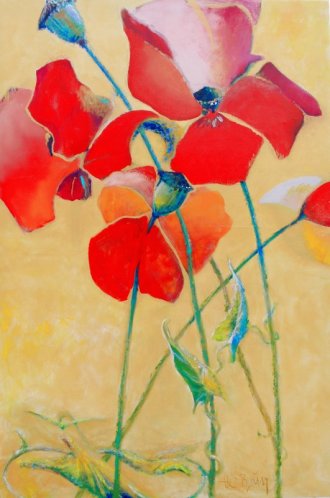 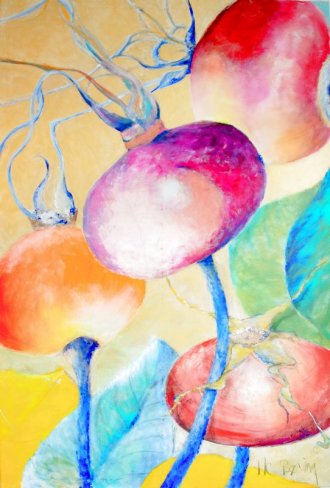 Click here to see a video HC Bøving made about his paintings.

A Bit About HC Boeving

The Danish artist HC Boeving lives on the island Bornholm in the Baltic Sea. His atelier and home is situated near the lovely market town Svaneke, just on the hilltop overviewing the landscapes. Ever since his young years HC Boeving has been working with paintings, graphics, pottery and sculptures and has participated in many exhibitions throughout the country. It was though during a five year long stay on the small Danish island Agersoe situated in the Great Belt that he found and developed his actual expression. His painting process runs through many stages, starting from big coal drawing on canvas. The motives are drawn from natures´ inspiration. During months of work with shapes and colors, the painting invites the viewer inside an imaginative, sensual and poetic world.

The artist's story in short:
1951  HC Boeving was born in Copenhagen and grew up in a small family. His father was a working artist in themes as pottery, sculptures and paintings from nature landscapes. Already as a young boy HC Boeving sensed and was aware of arts many expressions. Any holiday with his family was spent on bikes visiting art museums throughout the country. 1969-71 He spent three years on high school in Ballerup Copenhagen and graduated as a student with a special interest in art. His teacher was the well-known painter Otto Lawaetz. 1971-1975 He was educated as a teacher of art at the Vordingborg Statsseminarium situated in the south of a Seeland. During these years he experimented with many different materials as raw iron, pottery, sculptures, graphics and paintin gs.  1975  He h ad his first separate exhibition in Roskilde in the artist group “Half-circle”. There he showed his passion and ambition for huge images.  1976  He decorated a school wall at Allerslev School in Lejr e where he was chosen by many in a competition. His decoration was loved and admired by the children for its fantasy world and great colours. 1979  He had his debut exhibition in the famous “Galleri Gammel Strand” in Copenhagen. The visitors became very enthusiastic about the colourful pal ette. 1981 Walldecoration for the townhall of Roedby.  HC Boeving created a serial of four canvasses 2x2 metres for a 10 meter wall at the entrance to the townhall.¨ The paintings were a graphic story with symbols and metaphors from the towns ancient history. The title “Hymn to Roedby”.  1981-82  In Vang granite quarry near the small coastal village in the northern part of Bornholm, HC Boeving arranged an atelier and showroom   in the old smithy. The Dams publishing house published four of the paintings with motives from the island Bornholm as postcards. To the Commercial School in Roenne he painted a tripartite decoration. To Nordea in Tejn Bornholm, he painted a bipartite decoration.  1982  He travelled for six months through Argentina, Bolivia, Peru and Brazil. During this travel he was inspired by the people, the culture and the amazing river Amazone, where he for some time paddled upstream with a native Indian. 1983 Exhibition at Galleri Gammel Strand Copenhagen. 1983-2000  Exhibitions in about 60 local art societies in Denmark. 2007-2012 home and atelier on the small island Agersoe in the Great Belt. From 2012 Home and atelier in Ibsker near Svaneke, Bornholm.