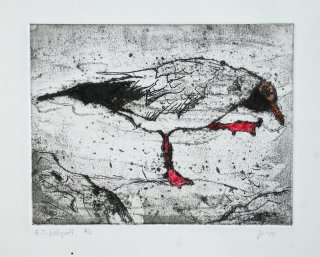 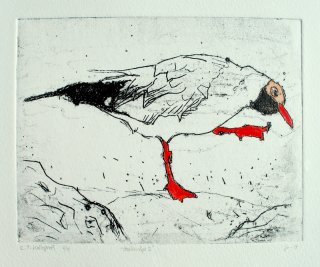 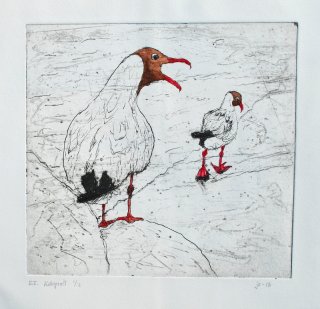 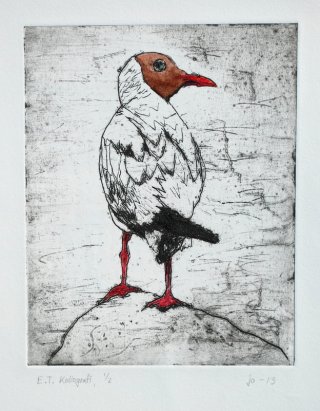 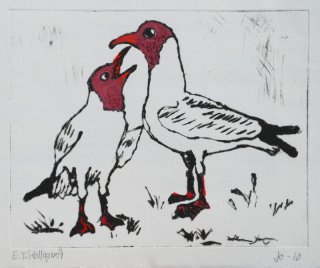 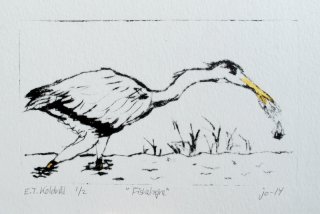 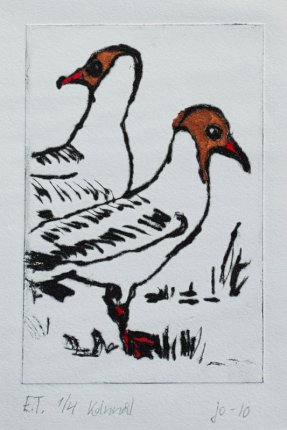 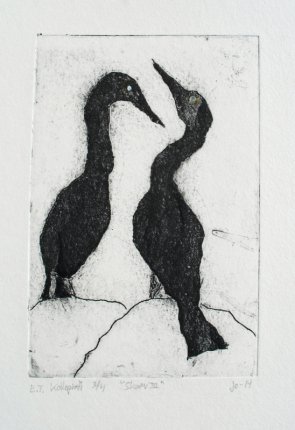 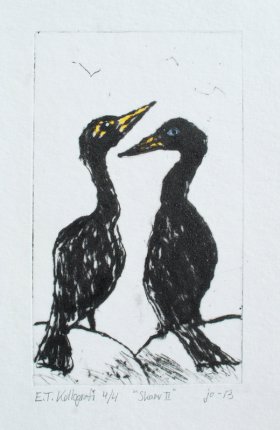 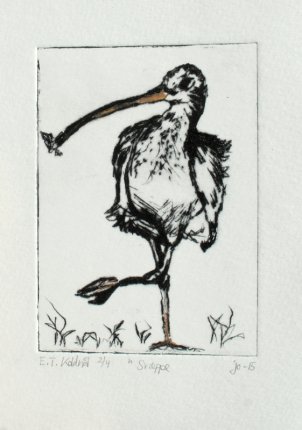 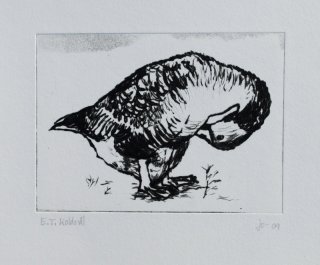 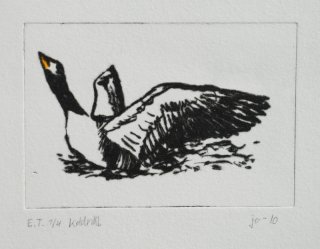 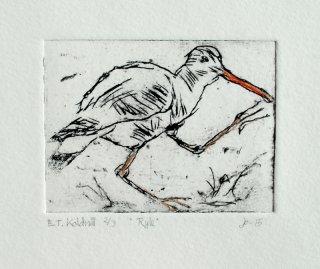 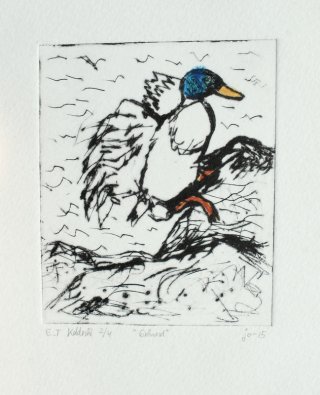 I was born in 1958 and raised in Sandkås on Bornholm. I grew up in an artistically nurturing home and my parents were very interested in nature and natural history. I have since moved to South Fyn where I have mostly showed my works in nearby galleries. I majored in visual art at the Skårup College where I graduated in 2007.

I have worked mostly with pastels in my youth, and still do, though I have turned more and more to working with inks and various graphical techniques.  At the same time, I am increasingly fascinated by the different kinds of birds I see around me. Their appearance, behaviour and body language intrigues me. I love to watch and draw them in the wild, especially at sea. I also photograph them and then reproduce them in in different printing methodes. The black and white sea birds, ravens and oistercatchers are obvious for printing and drawing with black ink, while the colourful birds are for pastels.  And the colorful to pastels.